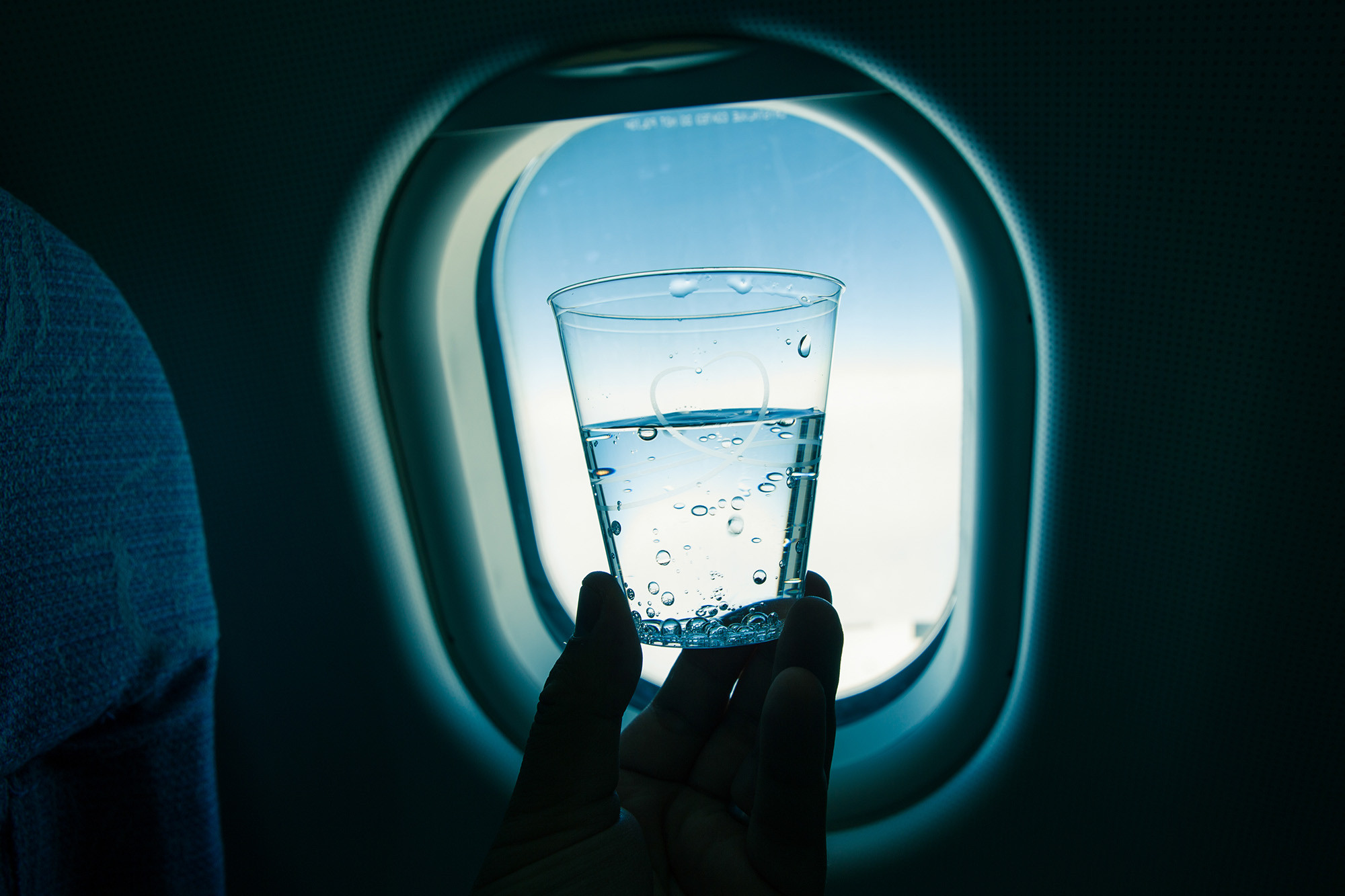 The healthiest choice you can make on an airplane? Opt for a canned soda instead of the Earl Grey.

According to a new report from Hunter College’s NYC Food Policy Center, the water tanks on planes may be subject to shoddy maintenance, which could lead to potentially harmful bacteria in the coffee and tea that flight attendants whip up during in-flight beverage service.

The survey that polled 11 airlines — including JetBlue and Delta — about the nutritional value of their in-flight snacks also asked about procedures surrounding the water tanks.

“Planes come in, [and the tanks are] not being emptied and cleaned, because there is no time for that. The water tank is being filled on top [after] each usage. Whatever would be on the bottom stays there and sits there,” Charles Platkin, a professor of nutrition and the executive director of the Food Policy Center, tells The Post.

The standards surrounding drinking water on flights by US-based airlines stem from the EPA’s aircraft drinking water rule, which relies on self-reporting by the industry and requires that water tanks be cleaned only four times per year.

“[The rule] was instituted because there were issues with coliform, which is a broad class of bacteria. I don’t want to freak anybody out, but it’s feces. [In 2004,] the EPA did a test of airlines and found 15 percent of the aircrafts tested positive for coliform,” says Platkin.

Airlines such as Delta and United reported that they used a high-tech ozone disinfection process at least quarterly to clean their tanks. In a response to the study, a spokesman for an airline trade group told the LA Times that “rigorous sampling and management requirements” are routinely met.

‘There were issues with coliform … I don’t want to freak anybody out, but it’s feces.’

Platkin, however, says that the self-reported nature of the current mandated cleanings “sends up a red flag.”

Because of the high stakes of air travel, namely the immediate safety of passengers and pressure on crews to have quick turnarounds on the tarmac, Platkin worries that water potability is taking a back seat.

Those who fear E. coli and other pathogens might steer clear of the beverages brewed in-flight, as well as consider bringing their own materials to disinfect hands after a trip to the plane’s lavatory rather than washing with sink tap water.

Unless specifically noted, the water in those sinks must be potable. But because of his survey, Platkin says that “it’s good to bring hand sanitizer just to be on the safe side until this is all sorted out and we look into it a little deeper.”