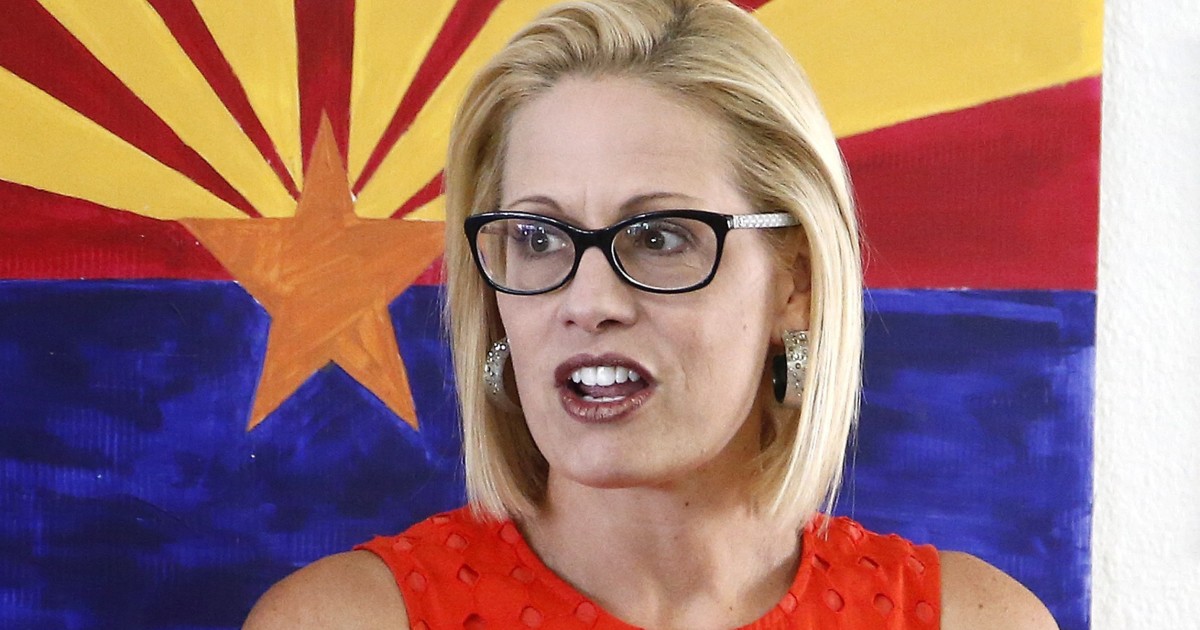 Sinema is up 47 percent to 44 percent in the latest results from the CBS News Battleground Tracker poll from Sunday, within the margin of error. A New York Times poll last Saturday had McSally up 2 percentage points.

The tightening in Arizona comes as other key Senate races across the country remain close just nine days before the 2018 midterm elections, in which Democrats hope to take back the House, the Senate, or both, though the latter is looking increasingly unlikely.

Sen. Joe Donnelly of Indiana is trailing Republican challenger Mike Braun by 3 percentage points — within the margin of error for the poll — while Democratic Sen. Bill Nelson and Florida Gov. Rick Scott are tied, according to CBS News.

CBS’s polling also found that healthcare remains a top policy issue among voters, with participants overwhelmingly favoring Democrats over Republicans as the party that will continue to require insurers to cover individuals with pre-existing conditions.

The popular Obamacare provision has emerged as a key point of debate in the run-up to the midterm elections. Republicans are increasingly voicing support for it, despite voting several times to gut it as part of a broader repeal of the health law. Meanwhile, Democrats are campaigning on Obamacare after struggling for years to defend it as monthly premiums skyrocketed and insurers exited states altogether.

Senate Majority Leader Mitch McConnell, R-Ky., has said Republicans could try again to repeal the law if the party retains control of Congress.

The poll, conducted for CBS News by YouGov between Oct. 23-26, has a margin of error of 4.1 percentage points in Arizona, 3.7 in Indiana, and 4 in Florida.

'What About Acne After antibiotics Anxiety Best Blood cancer Care cause Cholesterol coronavirus depression Diabetes diet does from Hair Health Healthy Help Know Long Loss Medical More Much News Pain Posted Pressure says Should Study Take This Tips Treatment Vitamin Weight When where with Yoga
Iconic One Theme | Powered by Wordpress
This website uses cookies to improve your experience. We'll assume you're ok with this, but you can opt-out if you wish. Cookie settingsACCEPT
Privacy & Cookies Policy