According to Rutgers researchers, physicians are scaling back on prescribing antibiotics for long-term acne treatment in favour of a combination of therapies. 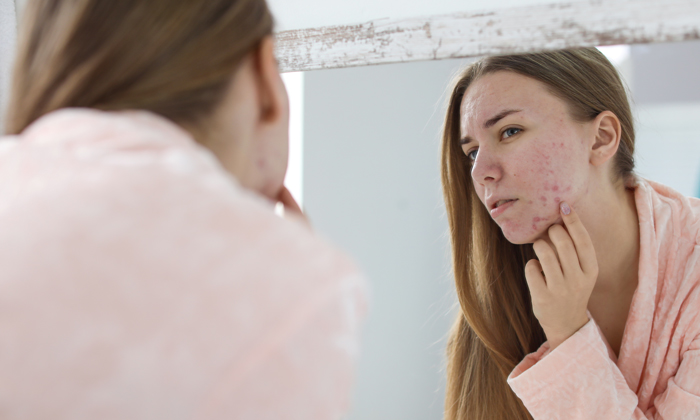 Prolonged use of antibiotics can affect the microbiome (the trillions of bacteria, viruses and fungi that inhabit our bodies) in areas other than the skin, resulting in disease. The Rutgers report noted that people who use topical and oral antibiotics were three times as likely to show an increase of bacteria in the back of their throat and tonsils compared with non-users.

Long-term use of antibiotics in acne treatment is also associated with an increase in upper respiratory infections and skin bacteria and was shown to affect a user’s blood-sugar level.

“People are more conscious about the global health concern posed by the overuse of antibiotics and that acne is an inflammatory, not infectious, condition,” said Hilary Baldwin, clinical associate professor of dermatology at Rutgers Robert Wood Johnson Medical School. “Overuse of antibiotics also can promote the growth of resistant bacteria, which can make treating acne more challenging.”

Doctors are now exploring combinations of therapies instead of antibiotics for long-term treatment. Baldwin said there is renewed interest in the antibacterial medication benzoyl peroxide that often is used in combination with topical retinoids, which are medicines derived from vitamin A.

Since hormone imbalance can trigger acne, doctors are also looking to hormonal therapies, which target androgens in the development of acne and have been shown to be effective, safe and require little continual monitoring.

Read More:  12 Ways Being in an Open Relationship Changes Your Sex Life

In severe acne, early intervention with the retinoid isotretinoin is effective without antibiotics. “This oral medication is unique among acne therapies in that it has the potential to not just treat acne but to eradicate it. It is 80 percent effective if a complete course is taken,” added co-author Justin Marson, a medical student at Rutgers Robert Wood Johnson Medical School. “Studies also have disproven internet theories that the medication increases the risk of depression, ulcerative colitis and Crohn’s disease.”

The findings were published as Part I and Part II in the journal Dermatologic Clinics.