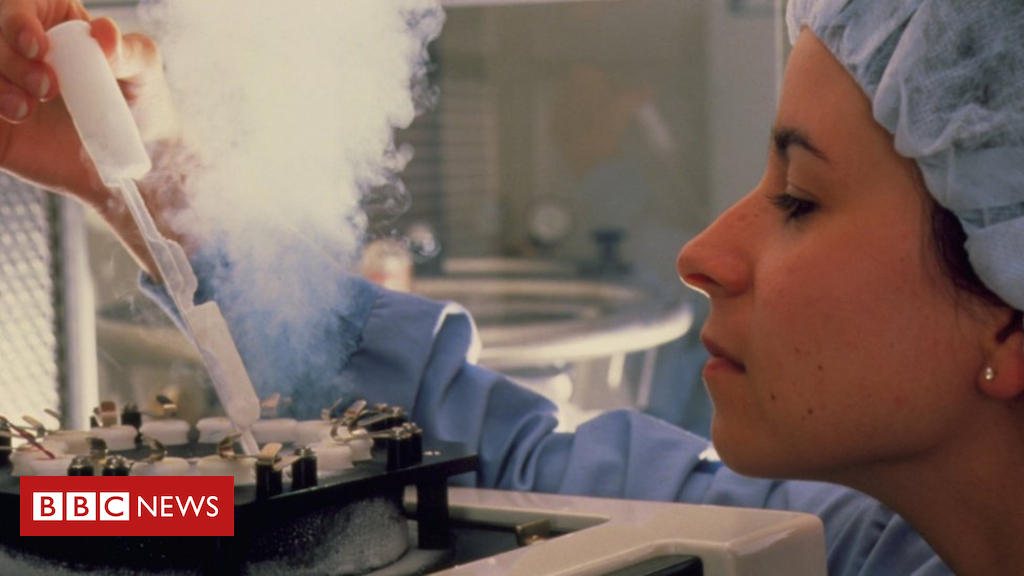 Women who freeze their eggs should be allowed to keep them for longer than 10 years, fertility experts are telling the government.

Legislation says frozen eggs must be destroyed after this time, unless a medical condition has left the woman prematurely infertile.

Experts told the Victoria Derbyshire programme that the limit was arbitrary and had not kept up with technology.

The government has said an extension “would be a significant policy change”.

Campaigners say the method of freezing has changed since the law was created, and the current method, vitrification, means eggs can be frozen without deterioration for an indeterminate period of time.

They say the limit means a growing number of women face losing their chance of having a baby, or rushing to find a sperm donor so they can re-freeze an embryo.

Sarah Norcross, director of the Progress Educational Trust, which helps people with infertility issues, is one of the three experts due to meet junior health minister Jackie Doyle-Price on Monday.

“There’s absolutely no biological reason for this law,” she said. “It’s discriminatory against women and removing an option for them to take charge of their reproductive system.

‘It was terrible and unnecessary’

Sabrina Maydew had her eggs frozen in her late 20s after reading a newspaper article.

“I didn’t realise how fast the 10-year limit would come up, I always thought I’d get the chance to use them.

Read More:  Why are eggs bad for asthma

“In December last year I would have reached it.

“I reluctantly chose to use donor sperm – I was literally crying on the computer trying to choose.

“Right before the deadline I had scan results which showed I had huge fibroids and thinning of the linings in my ovary.

“So, in November I had a stay of execution – I was potentially prematurely infertile – it allows me to freeze my eggs for 55 years.

“I’m probably the only person who found out she was prematurely infertile and jumped for joy.

“I think now that I’ve actually chosen a sperm donor I may well go on with that, but the process was terrible and unnecessary.”

Ms Norcross will be joined at the meeting by Baroness Deech, the former chairwoman of the Human Fertilisation and Embryology Authority, who raised this debate in the House of Lords last year, and Prof Emily Jackson, who specialises in medical law.

In the debate last year, Conservative Lord O’Shaunghnessy said any extension to time limits for egg storage “would be a significant social policy change, with far-reaching impacts on decisions that women make in starting families. It would require a broader public debate before any change could be contemplated”.

The Department of Health and Social Care said concerns would be taken into account by Ms Doyle-Price during Monday’s meeting, and any decisions made would be set out accordingly.