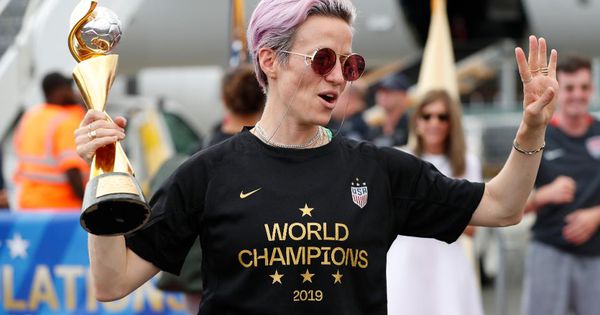 Why do some people stick with an exercise habit and achieve extraordinary results while others give up or never push past a plateau? There’s a lot to be said about the psychology of star athletes (and you’ll begin seeing more and more of these articles as the Olympics get nearer) but I believe that the key to success in fitness at every level boils down to this three-step process—star athletes simply go through that process more often and devote more time to it than the rest of us do. I’ve been thinking for some time about this issue, but after working with a new trainer, I’ve been reaching new goals, and I’ve condensed the process I went through into the following three changes in mindset that allowed me to achieve more than I thought was possible.

For decades, the athletic world believed that a four-minute mile was the barrier of human achievement. It wasn’t until the fifties, when one man, Roger Bannister, rejected that assumption and began training with the belief that he could break that barrier, that anyone even came close. Once he broke that record, more and more athletes began breaking it. So many of us are weighed down by assumptions, both personal and societal, that are holding us back. Think carefully about what assumptions and unhelpful internal dialogues you may be harboring, and let them know they’re no longer welcome. Reject any thoughts like “I’m not a runner” or “My weight always plateaus around here” that are not useful to you.

Read More:  When can antidepressants cause

Step one is rejecting the idea that you’ll fail. Step two is figuring out what you want to do next. My trainer, Heidi Jones from Performix House, has this mantra that really helps you set goals: “What would you do if you knew you wouldn’t fail?” Having that belief that I would succeed and that other person helping me come up with a plan really helped me push past my initial hesitancy. When she explained the workouts I would be completing, I still wasn’t sure if I could do it, but I let her call the shots. For me, I hadn’t been setting ambitious enough goals—although sometimes you can be setting overly ambitious goals and getting frustrated. That’s why it can really help to have someone else help decide what’s a realistic but challenging goal. You want someone who can set goals that are more challenging than you’d set on your own—but someone who’s helped other people set and achieve similar goals in the past and knows what it takes.

This was the hardest shift for me to make, and the one that’s made the biggest difference. Before starting to work with Heidi, I really enjoyed having worked out, but I was usually unmotivated during the workout. I was always focused on the future—the workout was a trial I had to endure to get the results (having worked out, being in shape, feeling more alert throughout the day) that I wanted. Inevitably, I would decide I’d done enough and stop as soon as I could. Now, I’m kept focused on the moment and the excitement of beating my previous record or meeting my goal for that day or getting positive feedback from my trainer. Of course, you may still be working toward results that don’t exist yet, but when you stay focused on enjoying the process of getting there, that’s when you really see results.