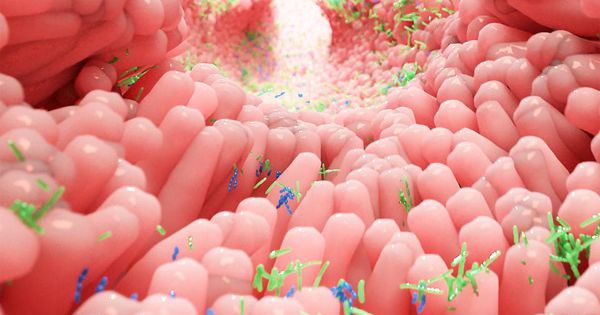 The human microbiome has become a recognized entity unto itself, thought to provide necessary genetic material from bacteria in our bodies to help fight infection and regulate bodily functions, particularly the immune system and gastrointestinal system. There has been increasing interest in creating a more robust microbiome for newborn infants.  External factors such as overuse of antibiotics, dietary changes, and even excessive use of hand sanitizers may be contributing to altering the human microbiome soon after birth. Cesarean section performed before the onset of labor or rupture of membranes precludes the fetus from coming into contact with maternal vaginal fluids, which may contribute to an altered environment in the newborn immune system, in turn altering the early development of the infant microbiome. As the gastrointestinal tract of an infant is sterile, the bacterial transfer from the mother via vaginal delivery, skin-to-skin contact, and breastfeeding provide the newborn with “healthy” bacteria necessary for immune development early on. The important presence of these bacteria may be reduced with Cesarean section, formula feeding, or if the mother received antibiotics around the time of labor and delivery.

Cesarean section delivery has been associated with higher incidence of asthma, environmental and food allergies, gastrointestinal disorders, obesity, and autoimmune diseases. Many have considered that these issues may be due to absence of the newborn’s contact with vaginal bacteria during delivery. Thus the practice of vaginal seeding, also known as microbirthing, has become quite fashionable, in efforts to boost the infant microbiome.  The practice involves swabbing the mother’s vaginal fluid right after Cesarean delivery, and applying the swab to the newborn’s mouth, nose, and even eyes, to enable transfer of maternal vaginal bacterial flora to an infant who did not pass through the vaginal birth canal.

The notion of actively providing a newborn with maternal bacteria from vaginal fluids after Cesarean birth has become a trend, but the American College of Obstetricians and Gynecologists (ACOG) strongly advises against it:

At this time, the American College of Obstetricians and Gynecologists does not recommend or encourage vaginal seeding outside of the context of an institutional review board-approved research protocol, and it is recommended that vaginal seeding otherwise not be performed until adequate data regarding the safety and benefit of the process become available. The paucity of data on this subject supports the need for additional research on the safety and benefit of vaginal seeding.

Risks of vaginal seeding include spread of potential maternal infectious organisms, including group B streptococci, herpes simplex virus, chlamydia, gonorrhea and even human immunodeficiency virus (HIV).  Most women are tested during  pregnancy for group B streptococcus and certain sexually transmitted infections, but in the event of absence of testing or positive results, the practice of vaginal seeding can add unnecessary risks to the newborn.

As there has been minimal data on potential benefits of vaginal seeding, but increasing recognition of the importance of the human microbiome, a prospective trial is underway to assess whether or not vaginal seeding following Cesarean section will reduce likelihood of immune disorders and obesity in the first five years of life.

Until then, it is not recommended.