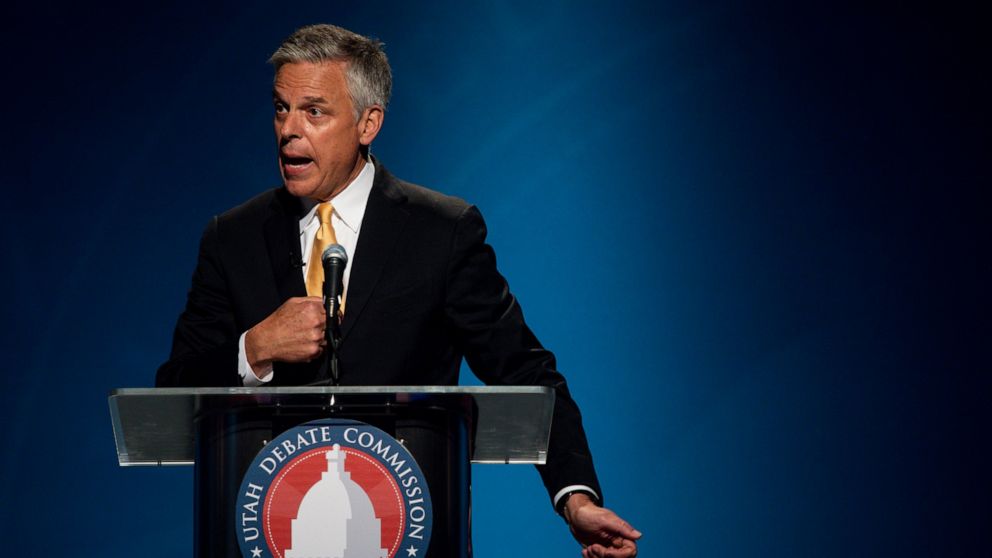 Huntsman said he is experiencing “classic symptoms” of the illness caused by the coronavirus, and will isolate himself while his “energized” campaign continues.

The news comes after a staffer in his office tested positive last week.

Huntsman previously served as Utah governor until 2009, when he left to be the U.S. ambassador to China under then-president Barack Obama. He later served as ambassador to Russia under President Donald Trump before resigning and mounting his campaign for governor.

Huntsman is one of four Republican candidates on the June 30 primary ballot. He went into quarantine last week and canceled all his public appearances after learning of the staff member’s positive test.

His positive test came after an initial incorrect negative result from the Salt Lake County Health Department. A second test came back positive.

His running mate, Provo Mayor Michelle Kaufusi, has not had recent contact with the affected staffers and has been cleared to continue campaigning in person, campaign manager Lisa Roskelley has said.

The campaign has not identified the staffers or their positions. His campaign headquarters closed for cleaning last week and and later reopened.

For most people, the new coronavirus causes mild or moderate symptoms, such as fever and cough that clear up in two to three weeks. For some, especially older adults and people with existing health problems, it can cause more severe illness, including pneumonia and death. The vast majority of people recover.

His daughter Abby Huntsman left her role as a host on the TV show “The View ”to join the campaign. The family is among the most well-known in Utah. Jon Huntsman Sr. was a billionaire industrialist and philanthropist.