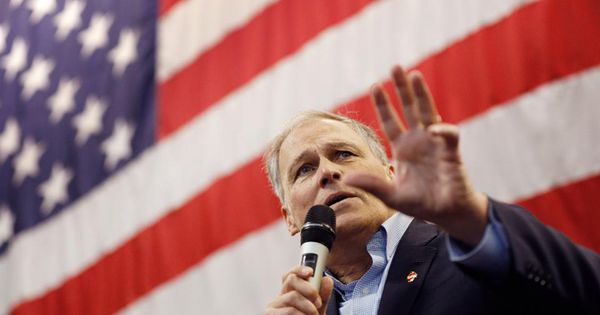 Public options as alternatives or additions to subsidized private individual coverage under the Affordable Care Act are gaining momentum on the campaign trail ahead of next year’s 2020 Democratic Presidential primaries.

Several Democratic governors – including one likely to run for President – are working on legislation to expand coverage to the poor in their states with legislation that would allow residents to “buy into” government subsidized Medicaid or other state coverage.

In all, “at least 10 states” are looking at Medicaid “buy ins,” Stateline reported last week. These proposals are akin to earlier proposals by some Democratic Senators mentioned as Presidential candidates to expand Medicare to Americans as young as 50 years old.

Such public options are seen by some as an alternative to more progressive single-payer “Medicare for All” proposals that would have the government control health insurance and require more taxpayer dollars. Most public option proposals emerging would continue the role of private insurers in helping administer the health benefit expansions.

Jay Inslee, the governor of Washington State, is grabbing headlines for his “Cascade Care” legislation that lawmakers are planning to introduce as early as Monday to further expand health coverage. “The goal is to have consumers spend no more than 10% of their income on premiums,” Gov. Inslee’s Cascade Care public option proposal says.

Washington State’s “Health Care Authority” will contract with “one or more health carriers to offer qualified health plans” on an exchange. “This public option will ensure consumers in every part of the state will have an option for high-quality, affordable coverage,” Inslee said.

Other Democrats are also finding ways to build or strengthen coverage already available under the ACA.

Gov. Gavin Newsom of California would expand access in part by restoring a requirement stripped by Republicans from the ACA that people buy coverage or face a tax penalty and New York Mayor Bill de Blasio, who some say is considering a run for President, announced plans to expand the city’s public option that includes a sliding fee scale based on income. Meanwhile, Democrat J.B. Pritzker, who will be sworn in as Illinois Governor on Monday, campaigned on a proposal to allow Illinoisans to buy into Medicaid coverage for the poor “to provide another choice in the health insurance marketplace, to lower the cost of premiums and mitigate market uncertainty at no cost to taxpayers.”

On the federal level, Democrats in the U.S. Senate – including several contemplating presidential bids – and some in the U.S. House of Representatives have long seen a public option as a way to expand Medicare to younger Americans.

U.S. Sen. Sherrod Brown, an Ohio Democrat, was among a group of 8 Democratic Senators in 2017 who were early supporters of the “Medicare at 55 Act,” which gives Americans between the ages of 55 and 64 an option to buy into Medicare, the federal health insurance program for the elderly.

Such buy-in proposals could be more palatable to independent and fiscally conservative voters who worry about expanding entitlements given rising deficits triggered lately by Trump’s and GOP-led tax cuts.

Because they include private insurers, Medicare or Medicaid buy-in proposals could also win support of the insurance industry given the popularity of Medicare Advantage plans sold by Aetna, Anthem, Cigna, Humana and UnitedHealth Group are included in any legislation. And insurers like Centene and Molina Healthcare have grown rapidly by administering health benefits for those who have benefited from the ACA’s expanded Medicaid coverage.