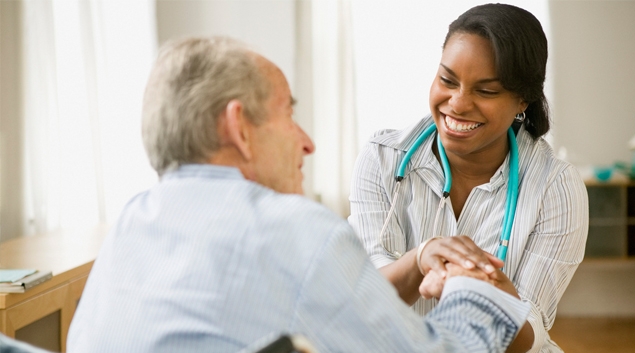 Under the threat of financial penalty, hospitals are always on the lookout for ways to reduce their 30-day readmissions. For heart attack patients in particular,conducting a simple mobility test might be the best means of forecasting which patients are likely to return.

The Centers for Medicare and Medicaid Services reimburses hospitals at a lower rate if they underperform on the 30-day readmission metric. To improve both financial and health outcomes, clinicians are increasingly on the lookout for patients’ functional impairments that could foreshadow a premature readmission.

The study’s authors said the risk model, which is available online, provides an objective means of incorporating information about functional impairments to judge risks for adverse outcomes after hospitalization for a heart attack.

Given the aging of the population, there has been growing interest in the role of functional impairments — including in muscle strength, walking, memory, vision, and hearing — in determining the prognosis for patients after major events such as heart attacks, they said. Previous risk models hadn’t considered these functional impairments, as they aren’t generally available in registries and trials.

Read More:  Where are cholesterol verlagen

Mobility was assessed using the Timed Up and Go (TUG) test, which involves timing patients as they stand up from a seated position and then walk 10 feet. The TUG test is ideal for capturing functional mobility because it combines several basic mobility skills and can be performed in a small space with limited equipment, researchers said. They found that patients who took more than 25 seconds on their TUG test were nearly twice as likely to be readmitted after a heart attack than those who completed it in less than 15 seconds.

Other strong predictors of readmission within 30 days were prior chronic lung disease, arrhythmias, and acute kidney injuries. This data came from the sample collected for the larger SILVER-Acute Myocardial Infarction study, a comprehensive evaluation of older adults with heart attacks.

Readmissions struggles are common even in the nation’s highest-ranked hospitals. Cardiology patients, for example, have better survival rates at hospitals atop the U.S. News and World Report rankings, but the risk of readmission is more or less the same — and with 30-day readmissions tied to reimbursement, that could pose an issue for providers at all points on the spectrum.

Researchers partially attributed the disparity in mortality and readmission rates to the Hospital Readmission Reduction Program, which incentivizes hospitals to improve patient care even following discharge but which may lead to some hospitals taking shortcuts around financial penalties, leading to increased mortality rates for conditions such as heart failure and pneumonia.