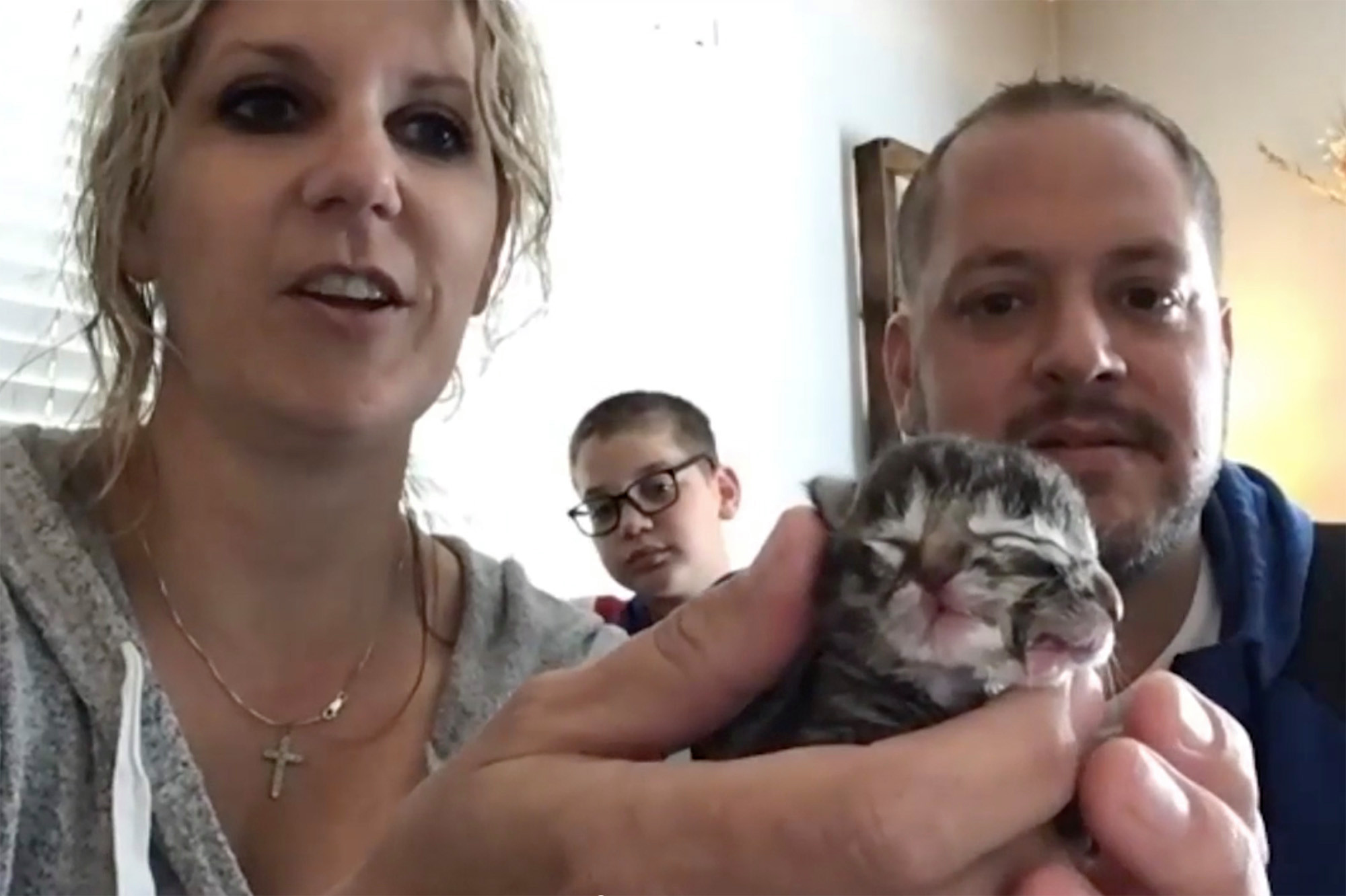 This kitten is just two cute.

An Oregon barn cat has given birth to a rare, two-faced kitten which its surprised owners named Biscuits and Gravy, a report said Friday.

Kyla King found a litter of four kittens when she went to check on her pregnant cat Wednesday morning — before spotting two more felines hiding behind their mom, KOIN reported.

On of the timid kitties stared back with four eyes, two mouths and two noses.

King jokingly texted her husband, “We have 6-1/3 kitty cats now!”

The concerned owners asked their vet to learn more about how to care for the two-faced kitten, which has a congenital defect called diprosopus — which results in a cranial duplication.

“Janus” cats, which have two faces, are named after the Roman god — which is represented with two faces in mythology.

Most kittens with the affliction don’t live longer than a day. Not much can be done to help its short time on Earth besides helping it eat, which it can do it at the same time it meows, the outlet reported.

“It doesn’t really know how to nurse properly because it has two mouths, so I’ve been trying to feed it,” King said.

The Kings are “not super optimistic” about Biscuits and Gravy living long — but plan to enjoy their time with the little creature.