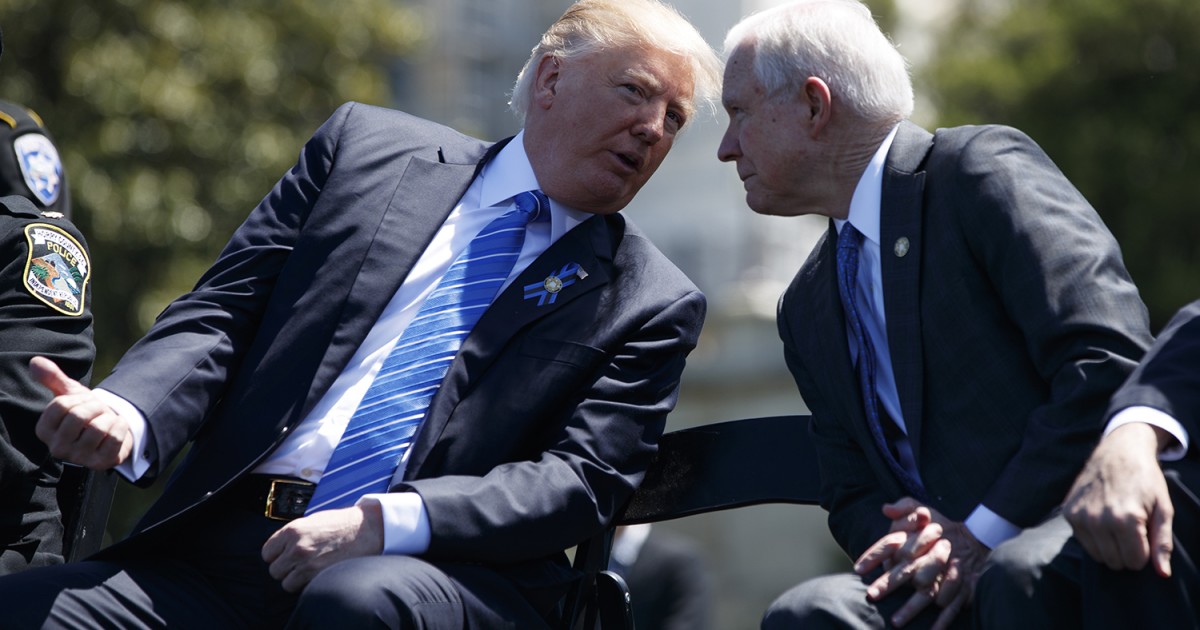 Attorney General Jeff Sessions did not notify President Trump that the Department of Justice would join a lawsuit challenging Obamacare’s rules on pre-exising conditions, the president told Axios on HBO.

“No, he didn’t,” Trump said when asked whether Sessions had given him the head’s up about the decision.

That claim goes against Sessions’ recollection of events — he told House Speaker Paul Ryan in June that Trump approved of the move.

The lawsuit was filed by 20 Republican state officials, who have asked that all of Obamacare be thrown out as a consequence of the new tax law, which zeroed out a penalty on the uninsured. The officials argued that the fine was central to making the rest of the law work, and that without it, the rest should crumble.

The Department of Justice joined the lawsuit but asked specifically that the rules on pre-existing illnesses be struck down. These rules prohibit health insurance companies from turning away sick customers, from charging them more for their illness, or from refusing to cover medical services associated with managing their condition.

The lawsuit is awaiting a decision in the U.S. District Court for the Northern District of Texas, and is likely to be appealed. It has been a major rallying cry for Democrats ahead of the midterm elections, who have seized on the lawsuit to warn voters that Republicans will go after their healthcare.

But Trump said in the interview that “it wouldn’t matter” if the court throws out the rules, because a Republican replacement will protect pre-existing conditions.

“If we terminate it, we will put pre-existing conditions back in,” Trump said, promising to “get it done.”

Republican replacement plans in Congress have contained similar language as Obamacare for protecting sick people, but omit other portions to make coverage affordable to them.

The protections poll well, but because of the way Obamacare was written, certain customers are priced out of the market entirely. Conservative groups have recommended that Republicans go about the protections entirely differently than Obamacare by setting up a fund that would directly pay for the sickest customers.

Democrats have offered certain proposals that would funnel more government funds to the market, and others that would put more people onto public coverage.