Outlets that allow greater customization of orders tend to have lower calorie or more nutritious choices. However, there are healthful options on the menu of most major fast-food chains now.

In this article, we look at the overall calorie, fat, and saturated-fat content to find some of the most healthful options that seven major fast-food chains are offering.

However, take note that calories and fat account for only two aspects of how healthful a food is to eat. It is unlikely that a person could get sufficient quantities of vitamins and essential nutrients, such as fiber, if they only ate fast food. 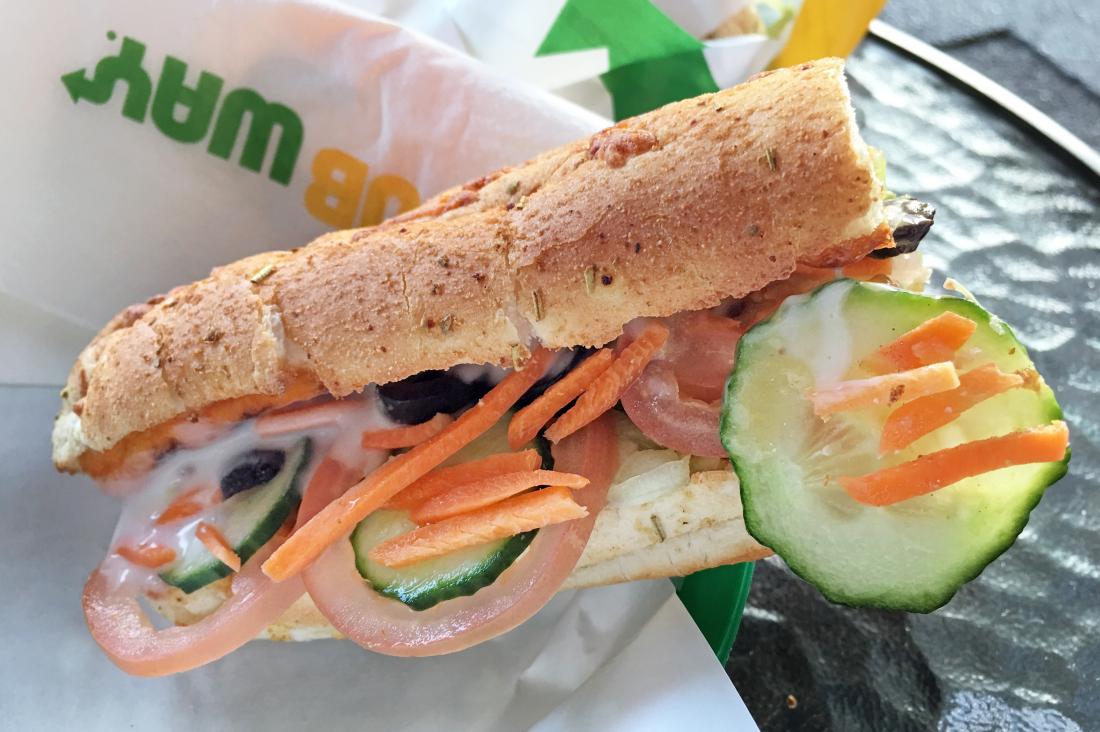 A person can customize Subway sandwiches to choose healthful fillings.

Subway specialize in deli-style sandwiches or “subs.” As a person can customize each “sub,” Subway can potentially be one of the most healthful fast-food chains.

Some of the best sandwich choices are in Subway’s Fresh Fit menu. The 6-inch Turkey Breast sandwich with nine-grain wheat bread contains 250 calories and 3 grams (g) of fat, including 0.5 g of saturated fat.

A healthful vegetarian option is the Veggie Delite on nine-grain wheat bread. This “sub” contains just 200 calories, with 2 g of total fat and no saturated fat. It also has one of the lowest levels of sodium (salt) compared to other sandwiches.

Subway also offer salads, which can be a low-calorie alternative to a sandwich. All of their salads contain lettuce, tomato, spinach, onion, cucumber, green pepper, and olives.

Read More:  Foods To Eat To Get Rid Of Constipation

Taco Bell are another major fast-food chain with a variety of healthful options available. The ability to customize each order allows people to select nutritious ingredients, such as more vegetables.

According to Taco Bell’s website, nearly three-quarters of their menu is under 500 calories. Some of the lowest calorie options are on the Fresco menu, which uses a vegetable-based salsa instead of regular sauce and cheese.

One of the most healthful options is the Chicken Soft Taco. Each taco contains around 170 calories, 8 g of fat, which includes just 3 g of saturated fat.

The Bean Burrito is a vegetarian option that contains 380 calories, 11 g of fat, including 4 g of saturated fat. 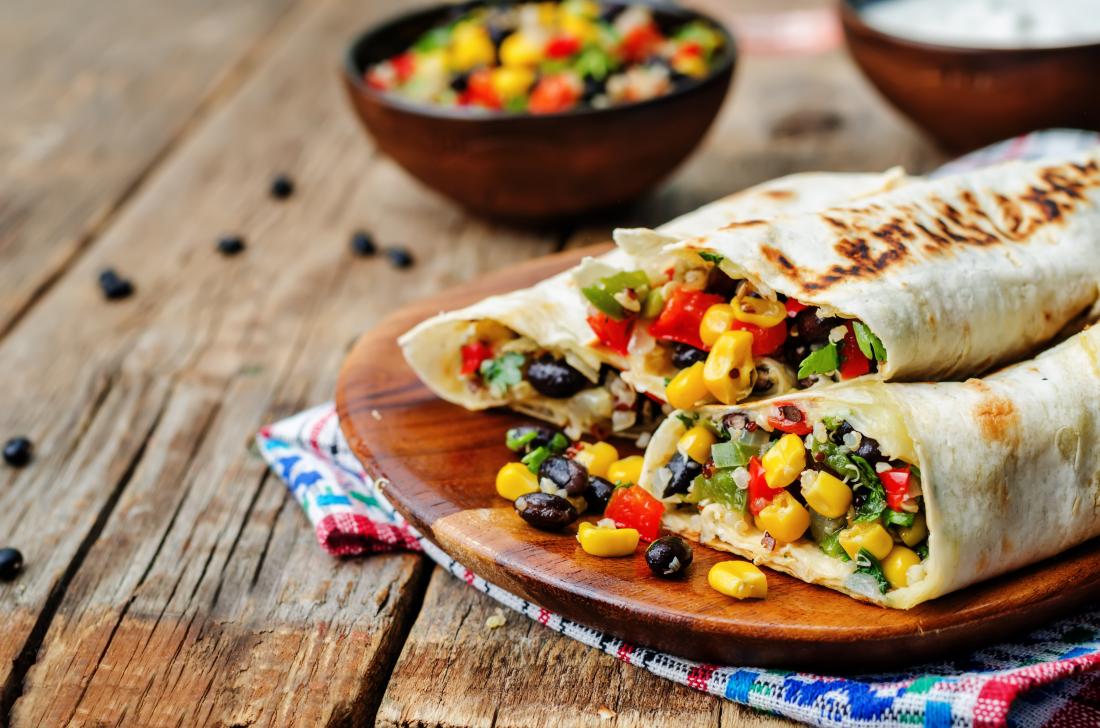 Vegetarian options are often lower in fat than meat options.

Chipotle are a Mexican-style chain that specialize in tacos and burritos. Similarly to Subway and Taco Bell, Chipotle allow people to customize their meals to include healthful options.

Healthful options are either burrito bowls or salads with brown rice rather than white rice. A chicken burrito bowl with fresh tomato salsa and brown rice contains 415 calories, 13 g of fat, including 4 g of saturated fat.

For a lower calorie, vegetarian option, people can choose the sofritas burrito bowl with tofu, brown rice, and romaine lettuce. This contains 365 calories, 10 g of fat, and 1.5 g of saturated fat. Adding sauce will increase the calorie count.

McDonald’s have had a reputation for being unhealthful but recently rebranded themselves as offering a variety of fresh and nutritious ingredients. While some of these changes may have been cosmetic, McDonald’s have also included some better options.

Read More:  Telemedicine overprescribes antibiotics: Are you really receiving the best care over the phone?

Burger King are one of the largest burger chains in the United States, but they have a limited selection of healthful options. Some choices are slightly healthier than others, however.

The BK Veggie Burger may be a more healthful option among these examples. It contains 390 calories and 17 g of fat, including 2.5 g of saturated fat. 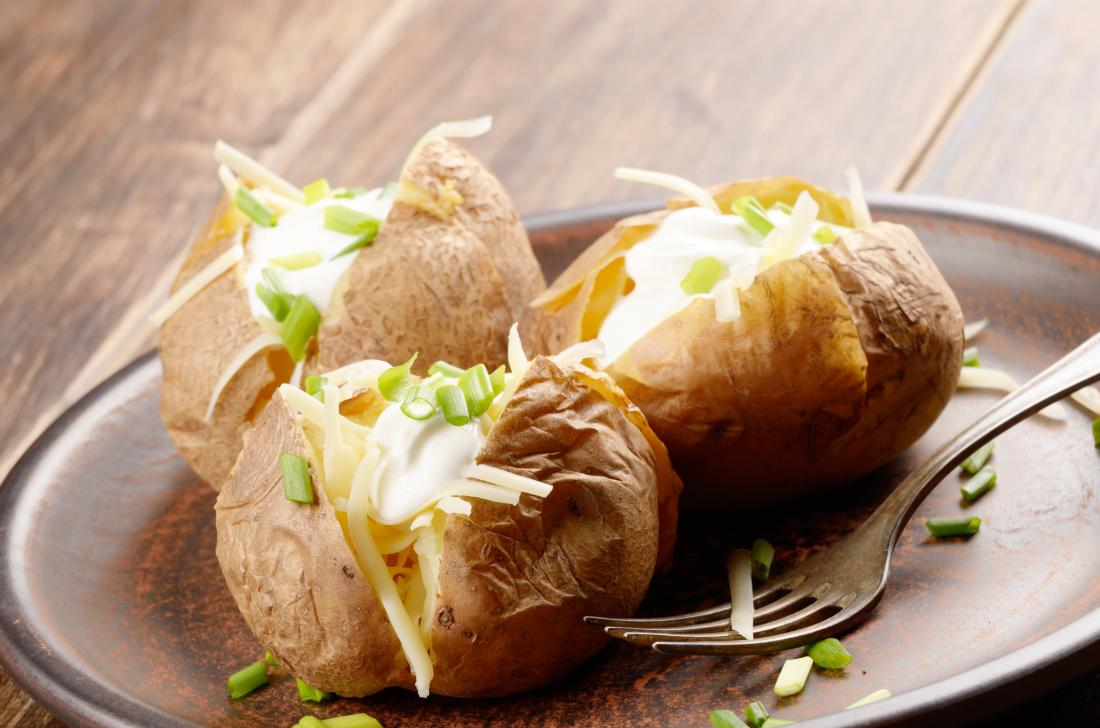 Baked potatoes can be a healthful fast-food option.

Wendy’s are another widespread fast-food chain that allow people to customize their order to make their choices more healthful.

The chain’s menu is not abundant in healthful options, but it is possible to customize some meals to lower their calorie content.

Salads are also available, and if a person chooses from some of the half-sized salads options, they can stay under 500 calories.

While there are few vegetarian choices available at Wendy’s, the Sour Cream and Chive Baked Potato contains only 310 calories with 2.5 g of fat, including 1.5 g of saturated fat. Other baked potatoes and toppings have similar nutritional values.

Chick-fil-A are a fast-food chain that specialize in chicken sandwiches. They do offer some more healthful, grilled options.

Fast-food chains offer a greater variety of healthful options than ever before, but it is always best to check the nutritional information before ordering.

In general, healthful fast foods tend to be vegetarian, chicken-based, or ones that people can customize with their own choices of more nutritious ingredients.

It is vital to note that while calories and fat content can help indicate whether a food is healthful, they do not necessarily paint the whole picture.

A person eating only fast foods would have difficulty getting enough vegetables and fiber to meet their needs, even if they stayed within their recommended daily calorie intake.

So, while fast food can be an occasional treat, a person’s diet should be abundant in whole foods prepared and cooked at home.