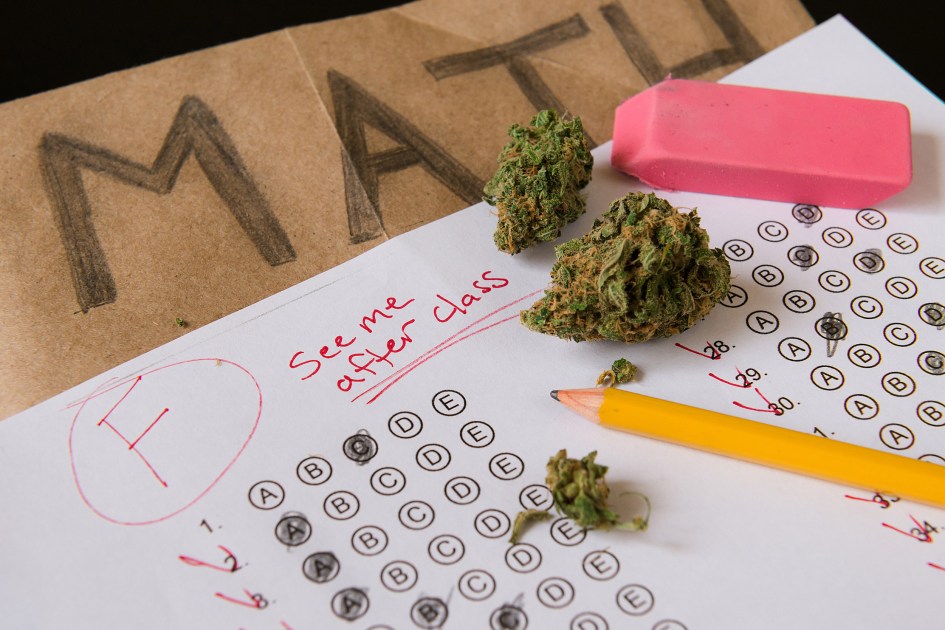 A Massachusetts General Hospital (MGH) study finds that one month of abstaining from cannabis use results in measurable improvement in memory functions important for learning among regular cannabis users in adolescence and young adulthood.

The study published in the Journal of Clinical Psychiatry is one of the first to prospectively track over time changes in cognitive function associated with halting cannabis use.

“Our findings provide two pieces of convincing evidence,” said Randi Schuster, director of neuropsychology at the Center for Addiction Medicine in the MGH Department of Psychiatry, lead author of the paper. “The first is that adolescents learn better when they are not using cannabis. The second — which is the good news part of the story — is that at least some of the deficits associated with cannabis use are not permanent and actually improve pretty quickly after cannabis use stops.”

Schuster is an assistant professor of psychiatry at Harvard Medical School.

The authors note that the use of cannabis among adolescents is common, with more than 13 percent of middle and high school students reporting cannabis use in a recent survey and rates of daily use increasing between grades eight and 12. But adolescence is a critical time for brain maturation, specifically for brain regions that are most susceptible to the effects of cannabis. A 2016 study from the same research team found that cannabis users aged 16 and younger had difficulty learning new information, a problem that was not observed in users age 17 and older.

The current study is the first one able to determine not only whether cognitive improvement occurs but also when during abstinence this improvement is detectable. The study enrolled 88 participants ages 16 to 25 from the Boston area, all of whom acknowledged using cannabis at least once a week. Investigators compared weekly cognitive performance between a group of young cannabis users who agreed to stop for 30 days and a group that continued to use cannabis. To ensure that the two groups were as comparable as possible, they were randomized in a way that controlled for factors such as pre-existing differences in learning, mood, cognition, and motivation, and the frequency and intensity of cannabis use.

The current study is the first one able to determine not only whether cognitive improvement occurs but also when during abstinence this improvement is detectable.

Throughout the study period, the levels of the urinary cannabis biomarker steadily decreased among the abstinence group, with almost 89 percent meeting criteria for 30 days of continuous abstinence. In the continuing-use group, biomarker levels remained unchanged. Cognitive testing found memory — specifically the ability to learn and recall new information — improved only among those who stopped using cannabis, and this improvement occurred largely during the first week of abstinence. A month of cannabis abstinence was not associated with improvements in attention, and no aspect of cognitive functioning improved among those who continued cannabis use.

Sign up for daily emails to get the latest Harvard news.

“The ability to learn or ‘map down’ new information, which is a critical facet of success in the classroom, improved with sustained nonuse of cannabis.” Schuster said. “Young cannabis users who stop regular — weekly or more — use may be better equipped to learn efficiently and therefore better positioned for academic success. We can confidently say that these findings strongly suggest that abstaining from cannabis helps young people learn, while continuing cannabis use may interfere with the learning process.

“There are still a lot of open questions to be studied, including whether attention might improve and memory continues to improve with longer periods of cannabis abstinence,” she added.

Those questions and others are being addressed in a larger follow-up trial that includes younger participants — ages 13 to 19 — and a group that never used cannabis to help determine whether the cognitive improvements produced by cannabis abstinence return participants to performance levels similar to those of nonusers. Another trial about to begin will follow young cannabis users who abstain for six months, investigating whether cognition continues to improve beyond 30 days and if those improvements can affect school performance.