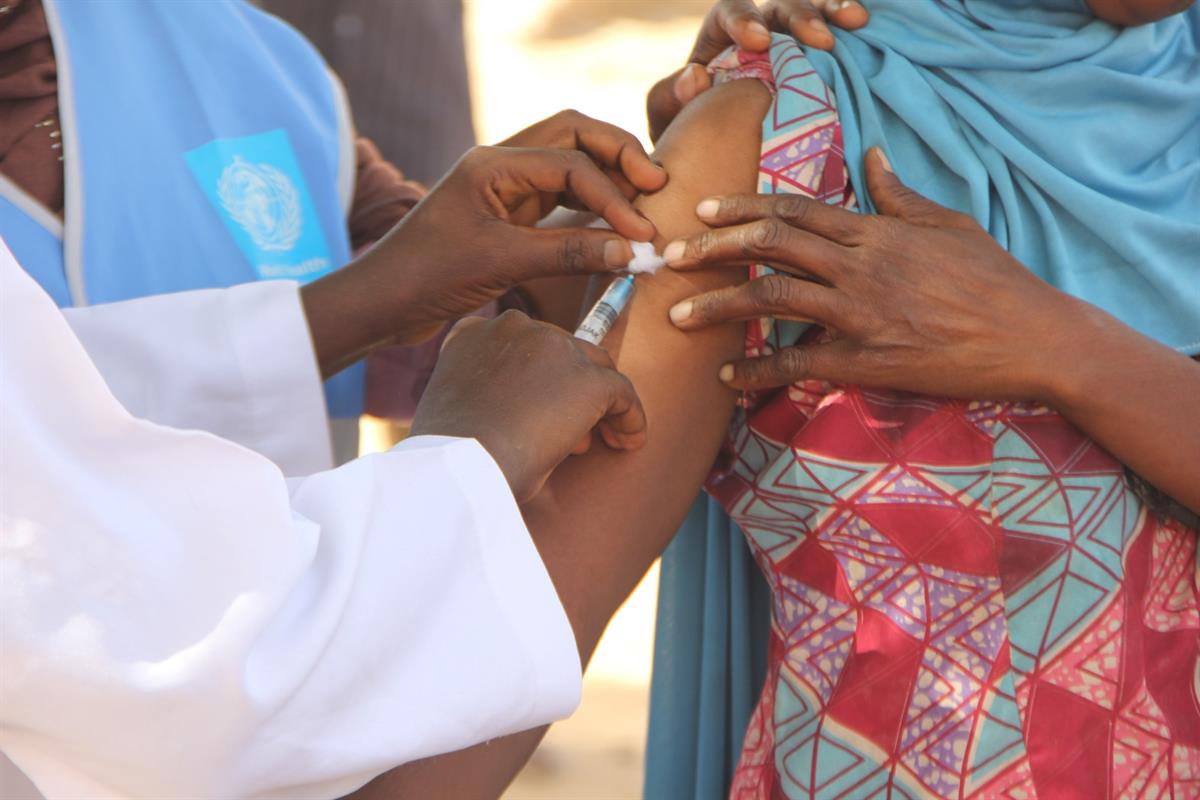 Nearly one billion people will be vaccinated against yellow fever in 27 high-risk African countries by 2026 with support from the World Health Organization (WHO), Gavi – the Vaccine Alliance, UNICEF and more than 50 health partners.

The commitment is part of the Eliminate Yellow fever Epidemics (EYE) in Africa strategy, which was launched by Dr Tedros Adhanom Ghebreyesus, WHO Director-General, Professor Isaac Folorunso Adewole, Nigeria’s Minister of Health and partners at a regional meeting in Abuja, Nigeria on Tuesday (10 April).

“The world is facing an increased risk of Yellow fever outbreaks and Africa is particularly vulnerable,” said Dr Tedros. “With one injection we can protect a person for life against this dangerous pathogen. This unprecedented commitment by countries will ensure that by 2026 Africa is free of Yellow fever epidemics.”

During the three-day EYE strategy regional launch meeting representatives from key African countries, WHO, UNICEF, Gavi, and other partners are developing a roadmap on how to roll-out the EYE strategy at national level. This implementation effort follows the endorsement of the strategy by African Ministers of Health at the 67th WHO regional committee in September 2017.

“This comprehensive, global strategy offers an unprecedented opportunity to end the devastating Yellow fever epidemics that periodically impact Africa,” said Dr Seth Berkley, CEO of Gavi, the Vaccine Alliance. “Ensuring that the most vulnerable communities have access to the vaccine through routine systems plays a central role in making this happen. Vaccine manufacturers and Gavi partners have worked hard to improve the global vaccine supply situation in recent years to make sure there is enough vaccine to respond to outbreaks, allow preventive campaigns and that routine immunization functions at full capacity.”

UNICEF will make vaccines available, advocate for greater political commitment and provide support in vaccinating children through routine immunization as well as during outbreaks of the disease.

“Today, the threat of yellow fever looms larger than ever before, especially for thousands of children across Africa,” said Stefan Peterson, UNICEF’s Chief of Health. “Given that almost half of the people to be vaccinated are children under 15 years of age, this campaign is critical to saving children’s lives, and would go a long way toward stamping out this disease.”

After outbreaks of Yellow fever in densely populated cities in Angola and the Democratic Republic of Congo caused 400 deaths in 2016, the acute viral haemorrhagic disease re-emerged as a serious global public health threat. Brazil is currently battling its worst outbreak of Yellow fever in decades with more than 1,000 confirmed cases. The ease and speed of population movements, rapid urbanization and a resurgence of mosquitoes due to global warming have significantly increased the risk of urban outbreaks with international spread.

Experience in West Africa demonstrates that the EYE strategy can work. When Yellow fever re-emerged as a public health issue in the early 2000s, countries in the region controlled the epidemics through preventive mass campaigns combined with routine immunization. No yellow fever epidemics have been recorded since in countries which successfully implemented this approach.

Note to the Editors