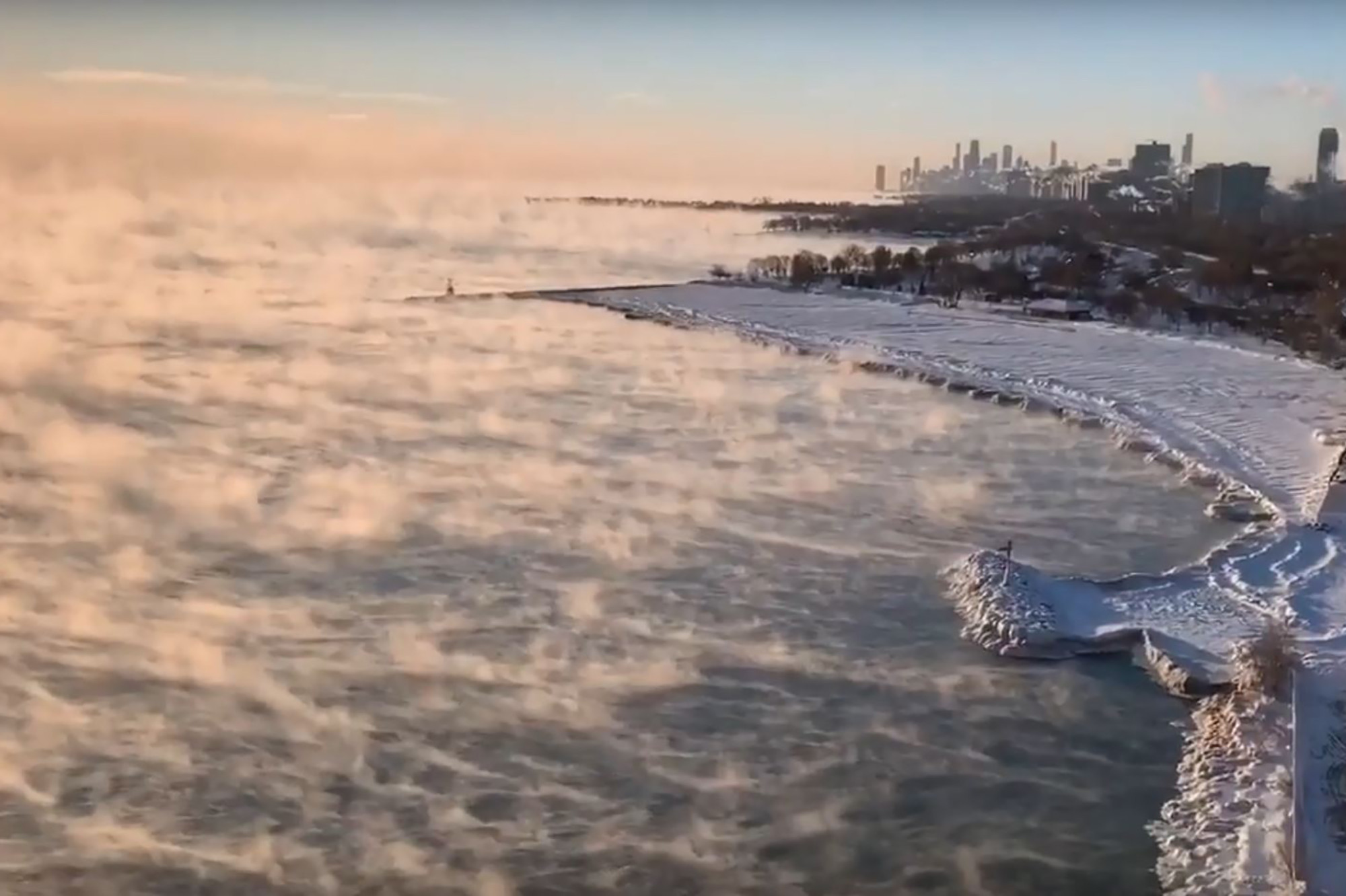 Lake Michigan was being vaporized on Wednesday as subzero temperatures made the body of water look like a “boiling cauldron.”

A meteorologist from Chicago’s WGN-TV caught the chemical process on video as the thermometer dropped to 20 below zero and the frigid air turned the water into vapor instantly.

The weatherman, Tom Skilling, took the video from a balcony in Chicago’s North Side Edgewater neighborhood at 8 a.m., the network said.

The city has been gripped by a brutal polar vortex sweeping through the Midwest.

Read More:  How much is a diabetes test kit