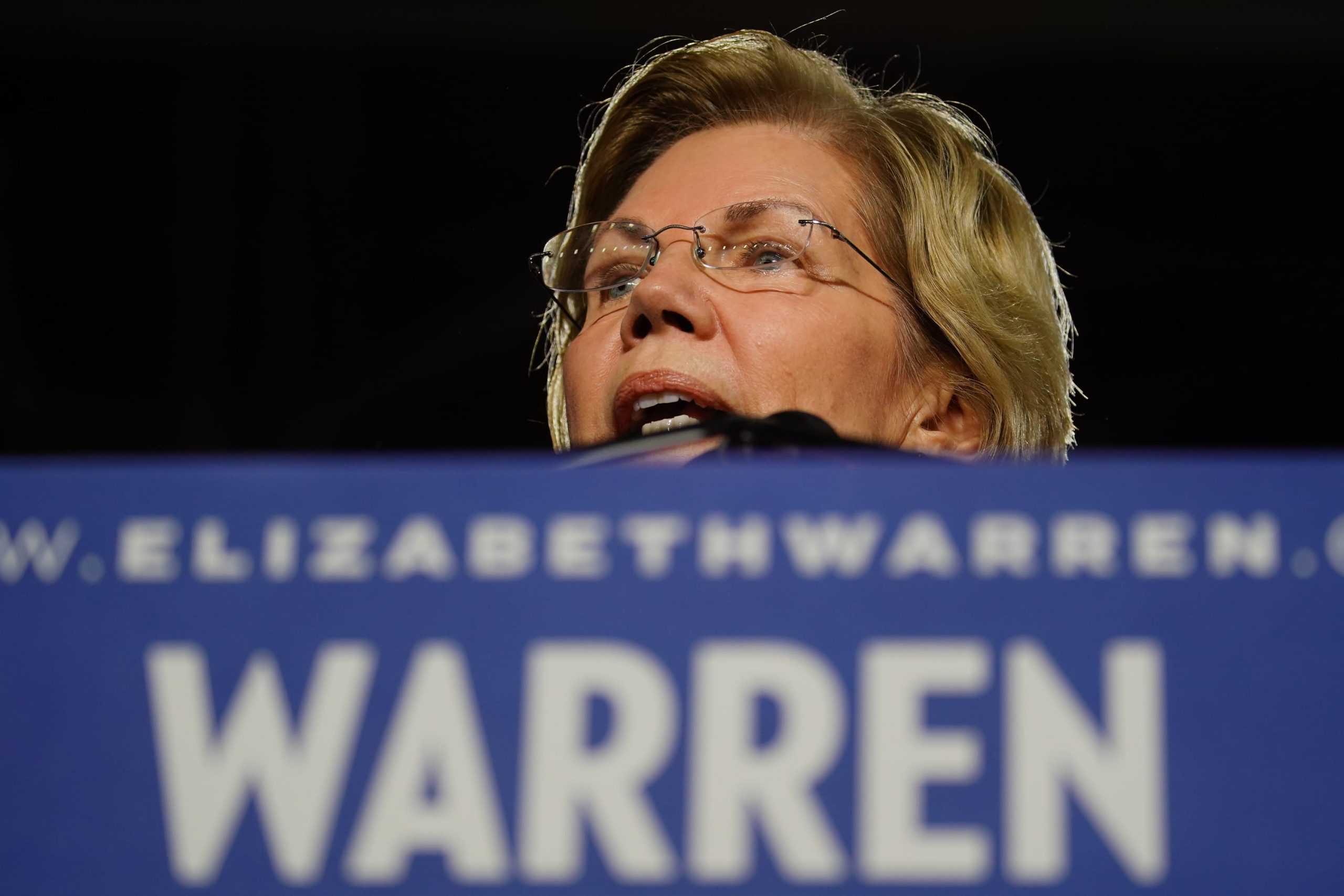 UnitedHealth’s stock has “caught fire” due in part to Sen. Elizabeth Warren appearing to “back away” from her “Medicare for All” proposal, CNBC’s Jim Cramer said Monday.

Shares of the managed-care company got hammered in September when Warren became the new frontrunner in the crowded 2020 Democratic presidential race. Warren’s platform has called for the elimination of private health insurance, like UnitedHealth, and replacing it with a universal Medicare plan for all Americans.

However, Warren said last month that she wouldn’t immediately transfer to a single-payer system. Instead, she would push to pass a bill to allow all Americans to either buy into Medicare or get covered for free through special budget rules. She wouldn’t move to eliminate private insurance until her third year.

Warren “backed away from ‘Medicare for All,’ saying she’d wait until her third year to implement it — in other words, it’s not a priority and it probably won’t happen,” Cramer explained on “Mad Money.”

The stock has also rallied because Warren has faltered in some political polls, Cramer said.

“Wall Street was terrified of Warren, but as her numbers have faded,” UnitedHealth has rallied, he said.

UnitedHealth CEO David Wichmann has previously warned investors that Medicare for All would “destabilize the nation’s health system.”

Despite concerns from UnitedHealth, public support for a single-payer system has grown. According to a survey from the Kaiser Family Foundation, a majority of Americans support a national health plan in which all citizens would get insurance from a single government plan.

Cramer said the stock market would love to have a more centrist, “business-friendly Democrat” like former Vice President Joe Biden or Pete Buttigieg running against President Donald Trump next year.