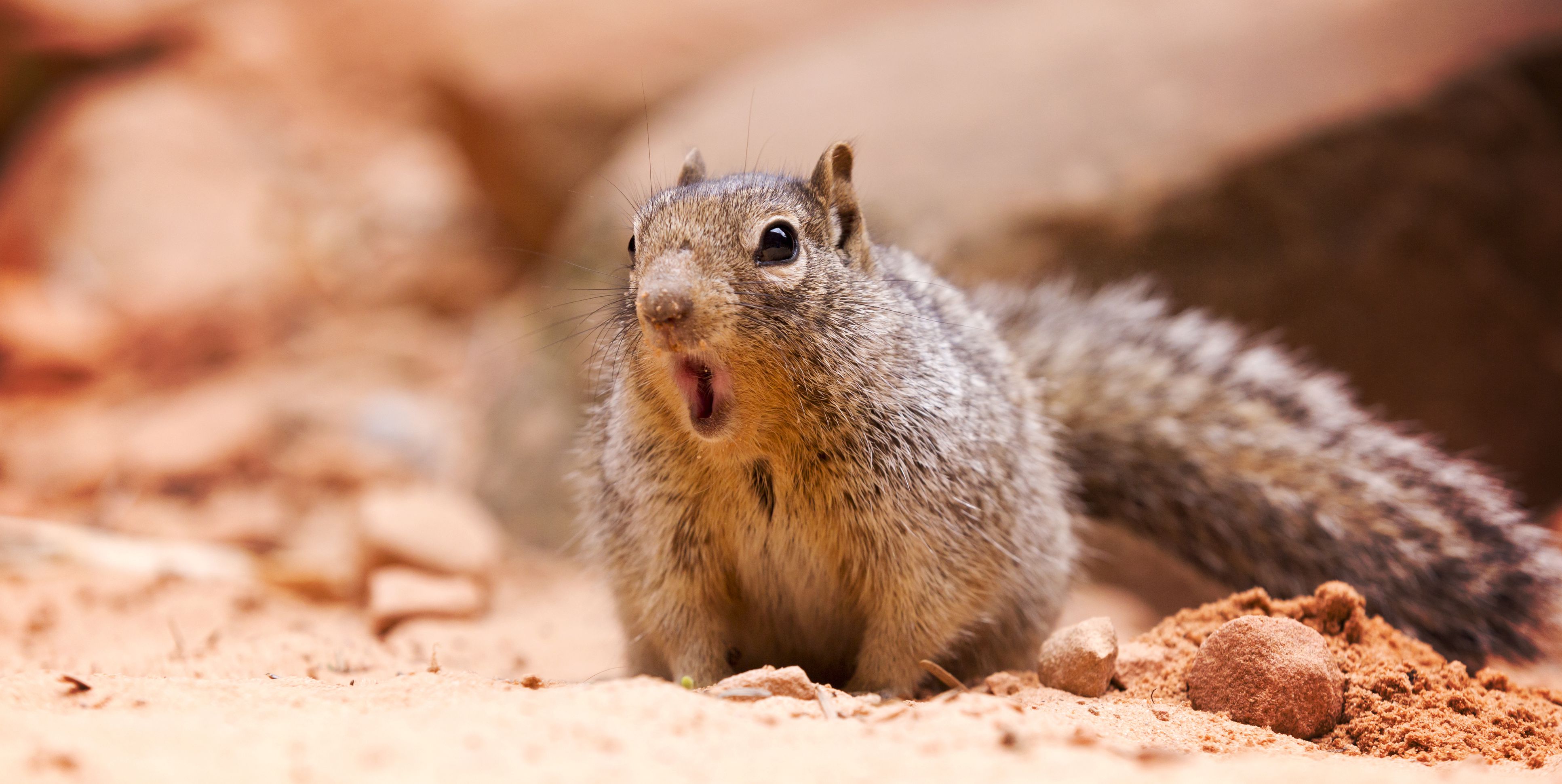 According to a recently-uncovered medical case from 2015, one man may have died after eating one too many squirrels. His penchant for squirrel meat seems to have inadvertently exposed him to an incredibly rare fatal brain disorder, the first time this disorder was ever contracted in the United States.

Creutzfeldt–Jakob disease is a rare brain disorder caused by misfolding brain proteins called prions. Prion proteins are unique in that when one is misfolded, it causes other prion proteins to misfold too. These misfolded proteins are unable to function properly, and the result is that the victim suffers from memory loss, dementia, psychosis, loss of coordination, and eventually death.

The key here is that because these misfolded prions can mess up other prions, the disease is highly contagious. If prions from an infected person get into your system, you can contract Creutzfeldt–Jakob disease too. Fortunately, however, contracting CJD isn’t as easy as contracting the flu. Prions don’t spread through mucus or saliva, so you can’t get the disease from being sneezed on or whatever.

Instead, the most common way to get CJD from another person is to eat them.

For obvious reasons, CJD isn’t a very common disease, but it does crop up sometimes. One remote tribe, the Fore people of Papua New Guinea, experienced an epidemic of the disease in the 1950s by practicing a form of ritualistic cannibalism. An even rarer version of CJD, called ‘variant CJD,’ plagued the United Kingdom in the 80s and 90s after people began inadvertently eating beef from cows infected with the bovine strain, otherwise known as mad cow disease.

This variant CJD is so rare that only four individuals in the U.S. have been confirmed to have contracted it, and all of them acquired it while overseas. But a group of researchers looking through old medical records may have found a fifth case of vCJD that originated right here in the United States.

In 2015, a Rochester man checked into a hospital with severe memory loss, declining mental faculties, and muscle problems: all the symptoms of vCJD. A brain scan reinforced researchers’ suspicions, as the MRI looked similar to other victims of vCJD. But one question for the doctors remained: Just how did this man contract vCJD in the first place?

The answer appears to lie in his hunting habit. The man enjoyed hunting and eating animals, including squirrels, and according to the report has eaten squirrel brains at least once. It wasn’t clear from the report if the man inadvertently consumed some squirrel brain along with the rest of the squirrel or if he deliberately sought out squirrels for their delicious brain meat.

Either way, he must have eaten the brain of at least one squirrel with a prion disease, which he then contracted. Of course, nobody ate that man’s brain, so there’s no risk of it spreading. But this does mean that hunters—and squirrel connoisseurs—might be more at risk for CJD than doctors and scientists believed. That could be bad news for organizations like the Red Cross, which filter out people at risk of CJD in their blood donation program. If people who eat hunted meat also present a risk to patients receiving donated blood, it could mean a lot of Americans are ineligible.

The good news is that you can stay safe but just not eating any brains.

'What About Acne After antibiotics Anxiety Asthma Best Blood cancer Care cause Cholesterol coronavirus depression Diabetes diet does from Hair Health Help Know Long Loss Medical More Much News Pain Posted Pressure risk Should Study Take This Tips Treatment Vitamin Weight When where with Yoga
Iconic One Theme | Powered by Wordpress
This website uses cookies to improve your experience. We'll assume you're ok with this, but you can opt-out if you wish. Cookie settingsACCEPT
Privacy & Cookies Policy