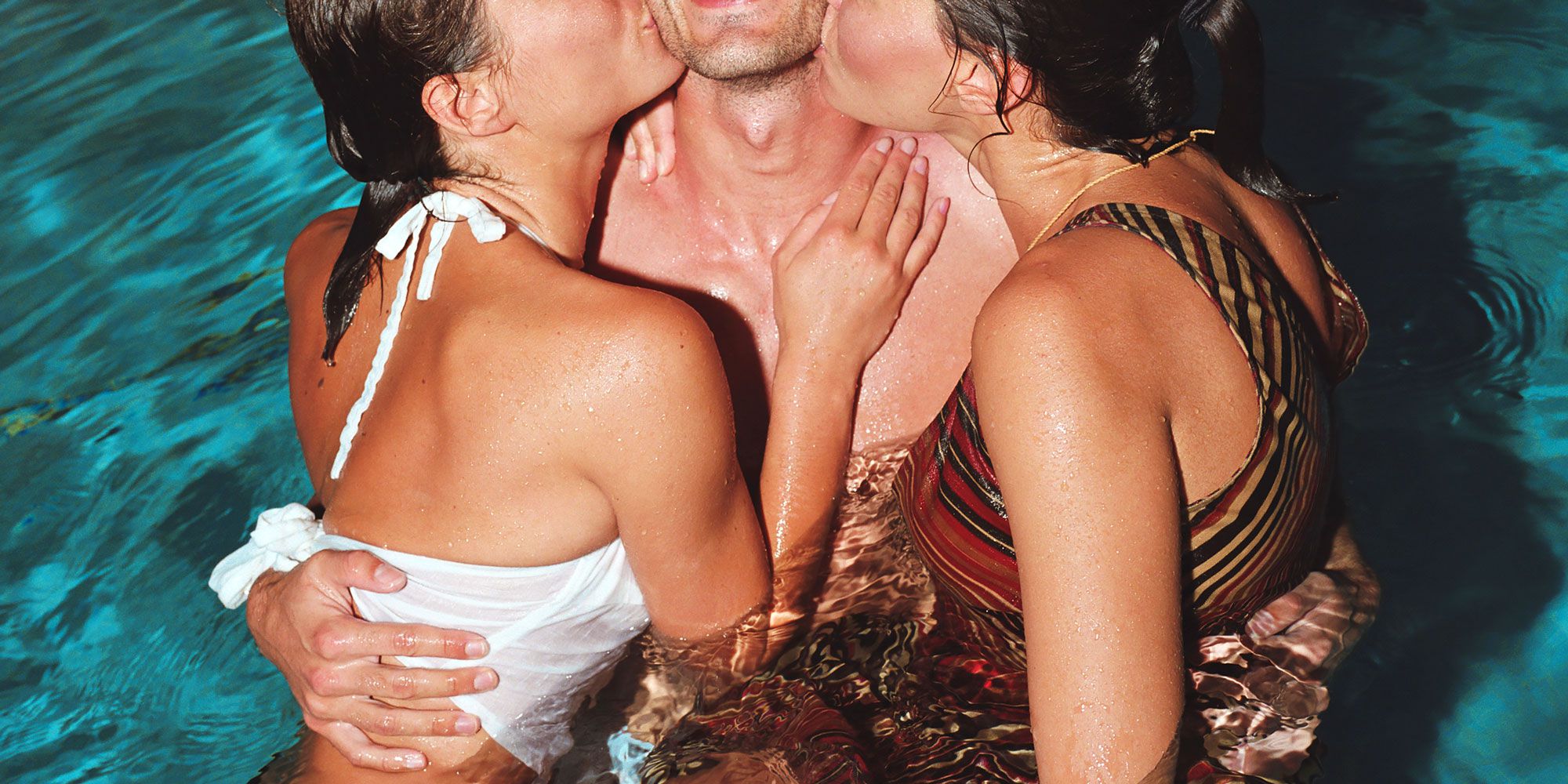 All that said, yes, being in an open relationship can mean more sex, and it can also mean changing the way you have and think about sex. To learn more, four people who’ve been in open relationships shared how their sex lives changed after ditching monogamy.

1. Your partner might introduce you to something you realize you love. One of the great things about having multiple partners is you’re regularly adding new things to your sex life with your primary partner. Lily, 26, was introduced to the idea of kink through her girlfriend, who she’s in a polyamorous relationship with. “Other things that have been integrated are role-play and inclusion of toys,” Lily said. Being open has kept a constant flow of new things coming into their relationship.

2. You can be more openly sexual. One of the things Matthew really enjoys about being open is that he can explore sexual scenarios he’d have to avoid if he were in a monogamous relationship. “I’d never had an experience with a guy before and there was an opportunity to hook up with a guy,” he said. “It allowed me to explore that side of my sexuality.”

3. Jealousy can be less of a thing. With good communication and a clear definition of boundaries, there’s way less room for accidentally crushing someone’s feelings or inciting jealousy in an open relationship. Matthew said he’s seen threesomes cause jealousy issues in monogamous relationships, but in his open, poly relationship, he and his partners have been able to explore such things more easily.

4. It can be pretty damn liberating and empowering. Both of 25-year-old Emi’s open relationships were with long-distance partners, and she said being able to flirt with guys in her town while having Skype sex with her boyfriend made her feel “empowered and very desired.”

5. But it can also make the line between “sex” and “sex with feelings” blurry. The big problem Emi said she encountered was that she started having feelings for other people, which wasn’t within the terms of her open relationship. “My feelings lessened for the guy I was in a relationship with,” she said. When this partner came back from being abroad, their relationship ended and she started dating another partner she’d had while he was gone.

6. Sharing an apartment can get pretty awk pretty fast. If you thought living together with a monogamous partner was tricky, it can be even trickier if you’re open. “Sharing a bedroom with someone who’s also poly can be a bit of a challenge,” Matthew said. Like, just in pure, logistical, “who’s going to be using the bedroom?” terms.

7. It can elicit some uncomfortable but very necessary conversations about protection. It’s one thing to get tested and stop using condoms if you’re only sleeping with one person who’s also been tested, but it’s quite another to have multiple partners. Basically if you’re in an open relationship, condoms (and frequent testing) are a requirement to stay healthy and safe. “He hadn’t known where I’d been and I hadn’t know where he’d been,” Emi said of her long-distance open relationship. “Protection became necessary and there was just a lot of unspoken weirdness.”

9. You get better at talking about sex. Noah, 25, said deciding to go open with his boyfriend helped him have more frank conversations about sex, which led to learning new things about each other. “We’re more open about what we want and don’t want. [My boyfriend], for example, likes to be choked, which I’m pretty sure I didn’t know before,” Noah said. “[We’re] more comfortable admitting when we are or aren’t in the mood, and more comfortable talking about people we have crushes on [or] are attracted to.”

10. Your risk of an STI is a bit higher. This isn’t to say everyone in an open relationship is having loads of sex all the time. But Lily, 26, pointed out that, from a purely mathematical stance, if two people are having sex with X number of other people, the likelihood of coming into contact with an STI is higher.

11. It can take the ~pressure~ off sex. Noah said this could just be chalked up to age and experience, but he’s seen a difference in the way he engages with sex since going open with his boyfriend. “Sex has become an activity I can enjoy more freely,” Noah said. “I place a lot less significance on it, in and out of my relationship, and as a result, it’s just easier.”

12. It can make your sex life with your partner seriously better. All that communication about boundaries and sex and your relationship can be really good for fostering intimacy. Noah said he and his partner saw an improvement in their sex life once they decided to go open. “Nothing is really taboo, and we’re very frank about our likes and dislikes,” he said. “We tried to be before but it comes a lot more naturally now.”